Seeds on the Move 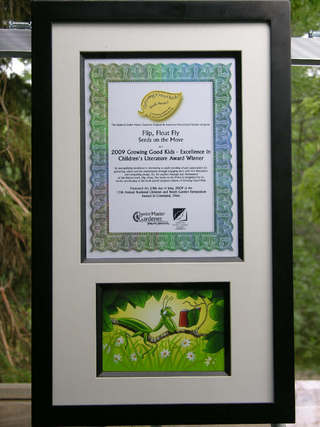 Flip, Float, Fly: Seeds on the Move received the Growing Good Kids - Excellence in Children's Literature Award from the American Horticultural Society and the National Junior Master Gardener Program at the 2009 National Children & Youth Garden Symposium in Cleveland, Ohio, on July 24. The awards were presented at Case Western Reserve University. Afterward, I signed books at the gorgeous Cleveland Botanical Garden. What a wonderful day!

"Seed distribution has never looked so peaceful! The delicate and sweet illustrations are paired with language that is fun for kids to read along. Often used in the classroom, this book belongs on your shelves at home, too." 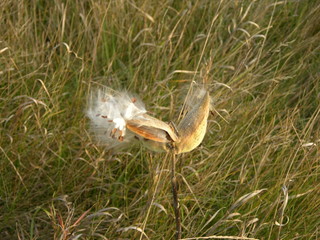 Booklist (April 15, 2008):
Flip, Float, Fly: Seeds on the Move.
Macken, JoAnn Early (Author)
Apr 2008. 32 p. Holiday, hardcover, $16.95. (9780823420438). 581.4.
Maple seeds twirling in the wind, tumbleweeds rolling across the prairie, burdock seeds sticking to socks, coconuts drifting across the ocean, fig seeds falling to the ground in bat droppings, and acorns buried by forgetful squirrels are some of the examples used here to introduce methods of seed distribution. Each is introduced on a double-page spread, in which a few lines of poetic text provide information succinctly, while the occasional use of internal rhyme or onomatopoeic words gives verbal punch to the presentation. The plants’ varied habitats give broad scope to artist Paparone, who offers a series of acrylic paintings that show seeds traveling within distinctive locales. Pleasing in their colors, compositions, and decorative elements, the pictures clearly show points made in the text. The final pages offer an illustrated glossary of words relevant to the topic. Satisfying, and well designed for both classroom sharing and individual reading.
--Carolyn Phelan

School Library Journal:
MACKEN, JoAnn Early. Flip, Float, Fly: Seeds on the Move. illus. by Pam Paparone. unpaged. CIP. Holiday House. 2008. RTE $16.95. ISBN 978-0-8234-2043-8. LC 2006037278.
Gr 3-4–Macken’s crisp text reveals burdocks sticking to a kid’s socks and to a rabbit’s fur, touch-me-not seeds exploding from their pods, and acorns being interred energetically by provident squirrels. A final segment explores several kinds of seed “containers” (pods, fruit, nutshells) and the varying shapes of a number of seeds (peach pits, corn kernels, peas), and explains the stages of growth from seed to flowering plant. All the while, in careful step, Paparone’s bright, realistic acrylics present clear pictures of the featured seeds in their natural dispersals, from tumbleweeds rolling across a Western landscape to coconuts dropping into a tropical sea. Many of the double-page illustrations contain a circular “bubble” with close-ups of leaves, flowers, pods, etc. Team this inviting introduction with Ken Robbins’s elegant Seeds (S & S, 2005) and/or Helene J. Jordan’s simple How a Seed Grows (HarperTrophy, 1992), or perhaps Sam Godwin’s even simpler A Seed in Need (Picture Window, 2004) for a seed-full good time.
-–Patricia Manning, formerly at Eastchester Public Library, NY

This poetic book takes a look at the fascinating world of seeds that fly through the air. I found this an especially appropriate book as my windows are filled with drifting cottonwood fluff, so thick it looks like a heavy snow in the air. Children will enjoy finding seeds that they know, like dandelions and maple tree seeds. Some of the seeds will be new, like the basswood or touch-me-nots which have interesting journeys they make.

The marriage of poetry and science is such a winning one here. Macken has created a book that doesn't shy away from making nature whimsical and fascinating. Paparone's illustrations add to the whimsical nature of the book too.

Whether you have cottonwood fluff floating by or not, this is the perfect season to enter into a discussion of seeds and to try your hand at spinning maple seed propellers to the ground. Recommended for ages 4-7.
--Tasha Saecker

AdLit.org:
The many ways seeds get to where they can grow is revealed in poetic language enhanced by understandable illustrations. Though the information is brief, the sound of the words makes this a unique introduction to this cycle in nature.

Flip, Float, Fly: Seeds on the Move received an Honorable Mention in the Tofte/Wright Children's Literature category of the 2008 Annual Awards Competition of The Council for Wisconsin Writers, Inc. Hooray! 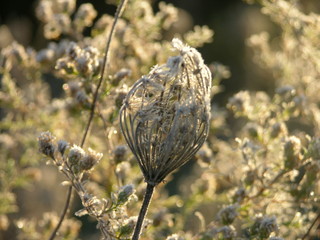 A Fruit is a Suitcase for Seeds, written by Jean Richards & illustrated by Anca Hariton (The Millbrook Press) 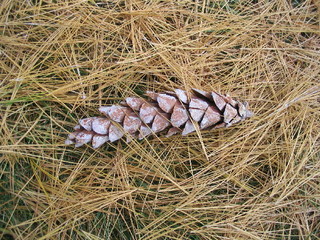 Facebook: JoAnn Early Macken
Twitter: @JoAnnEMacken
"Best Gardening Books for Kids" from PBS Parents
"Seed distribution has never looked so peaceful! The delicate and sweet illustrations are paired with language that is fun for kids to read along. Often used in the classroom, this book belongs on your shelves at home, too."
"Planting Seeds of Knowledge"
Review by Cathy Stefanec Ogren at Humor Me: A Mix of Life, Laughter, and Literature
Loading…}